In the Innovaminex Team, we work to ensure that this great project continues to develop and for us, it is important that you are informed of every activity on the project.

Therefore we want to inform you about the amount of MINX that will be released each year from 2020 to 2030.

Please remember that you have access to the whitepaper for any question published on our official website.

In order to release this amount every month, our system will check both conditions:
a) The price of the MINX has to be higher than 0.50 USD (reference value on Coinmarketcap.com).
b) The monthly volume must be at least 3,000,000 USD.

a) 70% of the released MINX will be distributed in proportional parts to the exchanges where the MINX are located and managed by our team of traders, who will inform and make public the trades made to make the distribution to the community.

b) 30% of the released MINX will be distributed in percentage already allocated to the partners, team, development of InnovaMinex. The wallets assigned and the amount of MINX to each wallet will be published.


For MINX that have not been released, they will continue to be stored in the same release wallet until the end of the year. On 26 January of the following year until 31 January of the same month, MINX not distributed in that year shall be burned.
* MINX not released in a month due to non-compliance with the conditions may not be used the following month.


We’ll keep you informed of the next steps.

Precious metals as an investment: gold

Read More
This post is also available in: Many of you will be doing your tax return and for those…
MMINX 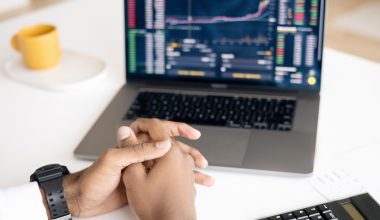 Read More
This post is also available in: Holding and trading are two very different methods of trying to make…