Who has the world’s largest gold reserves?

Central banks have been net buyers of gold for 11 consecutive years. According to data from the World Gold Council (WGC), central banks around the world bought 272.9 tonnes of bullion in 2020.

Last year’s purchases were 60% lower than the record 668 tonnes added in 2019. The COVID-19 pandemic was a stronger factor for some central banks to sell reserves and inject liquidity into their economies. Purchases were concentrated in the first half of the year, then became almost non-existent in the third quarter and resumed in the last three months of the year.

The top 10 central banks with the largest gold reserves have remained virtually unchanged over the past few years.

The United States ranks number one with more than 8,000 tonnes of gold in its vaults, almost as much as the next three countries combined, and represents 79% of total reserves.

The only countries where gold represents a higher percentage of gold reserves are Portugal with 80.1% and Venezuela with 82.4%.

Ten central banks made net purchases of one tonne or more in 2020, highlighting continued demand for the precious metal.

Turkey was the number one buyer for the second year in a row, adding 134.5 tonnes, and was also the largest seller after decreasing holdings by 36.3 tonnes.

WGC note sales were concentrated among a small number of central banks that buy gold from domestic production, including Mongolia and Uzbekistan.

The top 10 countries with the largest gold holdings are shown below, with the rankings unchanged from 2019.

The figures are from April 2021 and do not include the International Monetary Fund (IMF) as a country, or else it would rank number three with 2,814 tonnes.

Percentage of foreign reserves: 67.4 per cent

The Dutch central bank announced that it will move its gold vaults from Amsterdam to Camp New Amsterdam, about an hour outside the city, citing the onerous security measures at its current location. As many others have pointed out, this seems odd, given that the bank recently repatriated a large amount of its gold from the US.

Percentage of foreign reserves: 6.5 per cent

It is not surprising that the Bank of India has one of the largest gold reserves in the world. The South Asian country, home to 1.25 billion people, is the second largest consumer of precious metals and is one of the most reliable drivers of global demand. India’s festival and wedding season, which runs from October to December, has historically been a boon to the gold trade.

Percentage of foreign reserves: 3.1 per cent

Japan, the world’s third largest economy, is also the eighth largest hoarder of the yellow metal. Its central bank has been one of the most aggressive practitioners of quantitative easing; in January 2016, it cut interest rates below zero, which has helped boost demand for gold around the world.

Percentage of foreign reserves: 5.4 per cent

In seventh place is Switzerland, which actually has the highest gold reserves per capita in the world. During World War II, the neutral country became the centre of the gold trade in Europe, transacting with both the Allies and the Axis powers. Today, much of its gold trade is with Hong Kong and China.

Percentage of foreign reserves: 3.3 per cent

In the summer of 2015, the People’s Bank of China began sharing its gold buying activity on a monthly basis for the first time since 2009. Although China ranks sixth for most gold held, the yellow metal represents only a small percentage of its total value. reserves: just 3.3 per cent. From 2021, China will now allow domestic and international banks to import large quantities of the precious metal into the country in an effort to maintain prices. According to Reuters reports, an estimated 150 metric tonnes worth $8.5 billion will be shipped to China in April or May.

Percentage of foreign reserves: 22.0 per cent

Russia’s central bank has been one of the largest buyers of gold for the past seven years and overtook China in 2018 to have the fifth-largest reserves. In 2017, Russia bought 224 tonnes of bullion in an effort to diversify against the US dollar as its relationship with the West has cooled since the annexation of the Crimean peninsula in mid-2014. To raise the cash for these purchases, Russia sold a large percentage of its US Treasury bonds.

Percentage of foreign reserves: 64.5 per cent

France’s central bank has sold little of its gold in recent years. Current reserves consist of 100 tonnes of gold coins and the remainder in bars weighing about 12.5 kilograms each. The Banque de France vaults in Paris are one of four designated depositories of the International Monetary Fund (IMF).

Percentage of foreign reserves: 69.3 per cent

Italy has also maintained the size of its reserves over the years. Mario Draghi, former governor of the Bank of Italy and governor of the European Central Bank, when asked by a journalist in 2013 what role gold plays in a central bank’s portfolio, replied that the metal was “a safety reserve”, and added: “it gives you protection. He added: “it gives you a pretty good protection against fluctuations against the dollar”.

Percentage of foreign reserves: 74.5 per cent

In 2017, Germany completed a four-year repatriation operation to move a total of 674 tonnes of gold from the Banque de France and the Federal Reserve Bank of New York into its own vaults. First announced in 2013, the move was expected to take until 2020 to complete. Although gold demand fell in 2017 after reaching an all-time high in 2016 , this European country has seen a steady rise in gold investment since the global financial crisis.

With the world’s largest official holdings, the US claims almost as much gold as the previous three countries combined. It also has the third highest gold allocation as a percentage of its foreign reserves. As far as we know, most US gold is held at Fort Knox in Kentucky, and the rest at the Philadelphia Mint, Denver Mint, San Francisco Assay Office and West Point Bullion Depository. Which state is the most gold-loving? Well, the state of Texas went so far as to create its own Texas Bullion Depository to safeguard investors’ gold.

Mine visit and latest developments 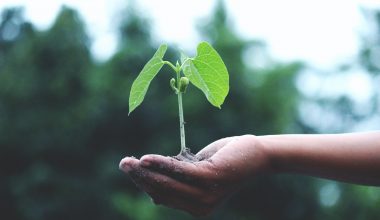 Read More
This post is also available in: The mining industry, thanks to the concept of green mining, today has…
MMining sector: gold and silver 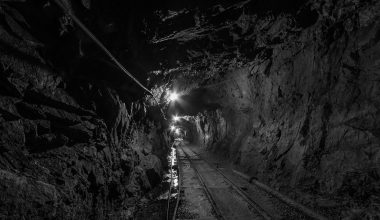 Read More
This post is also available in: The mining industry to which a mining project belongs is involved in…
OOur Mines 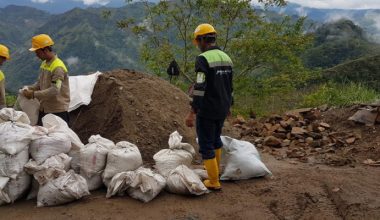 Read More
This post is also available in: What is Green Mining? This type of mining is based on efficiency…