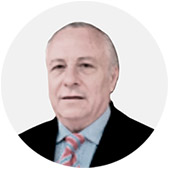 The story that InnovaMinex is playing in the new economy that is being built, is based on many pillars of success that make up the project, and the professional career of Jaime Krahe is one of them.

With great training in the economic-financial field, the studies that Jaime has accumulated in the Complutense University of Madrid, in the EOI Business School and in the ESIC, allowed him to consolidate a long career: Faculty of Law, economic-financial analyst, license to operate in MEFF (Official Market of Options and Financial Futures in Spain) and Masters Degree in Futures and Options in Financial Derivatives. “Since my beginnings at the Bank of Europe, in 1984, I have always been interested in reading and understanding the changing economic reality, to be able to anticipate and take advantage of opportunities that go unnoticed by most people”, and in those professional beginnings, during the 3 years in which Jaime developed his work in that institution, he rotated around the Risks, Commercial and Treasury departments, making the daily placements in the Interbank Market.

The growth and experience that Jaime acquired in those early years led him, in 1987, to join SERFINSA, as a Senior Broker, one of the largest brokers by business volume in the Interbank System, where he participated in the merger with Capital Markets AGV, with that becoming leaders in Spain, in the intermediation at the institutional level. All this activity continues to grow the brightness of this successful star, by which he gained more visibility within his sector.

Thus, that light recalled the attention of FINACOR Group, member of the Paris Stock Market and first broker in continental Europe, which captured Jaime to perform the position of General Director of FINACOR Spain, becoming leaders in the placement of Supranational Bonds and pioneers in the first operations with OCT Options in the National Bonds markets.

“I am a person who has tried to unravel the blurred horizon of the new economy. I have always been aligned with the thought of Heraclitus that said that ‘the only constant is change’, and that is why I have always been moved by a concern for not staying in the paradigms of what has already been established. In my professional practice I wanted to master the already known, but being aware that one must know how to adapt to change… or even cause it”.

In this spirit, in 1991, Jaime joined, as Director of Options and Futures in State Bonds, ALL TRADING BROKERS AGVB, a leading company in the institutional intermediation of financial products, and here he collaborated in the birth of the Official Market of Options and Financial Futures in Spain, organized market, regulated, controlled and supervised by the CNMV and the Ministry of Economy of Spain, executing the first known operations in the emerging Spanish financial boom. Later, and in that same group, immersed in the stock market revolution that took place, and as a member of the Madrid Stock Market, he went on to the position of Director of Variable Income, until the end of 2003. The following year he began to dedicate himself to the business world in different sectors and to carry out stock trading on his own account.

It will not be until the end of 2016 when he became interested in blockchain and cryptocurrencies, and started trading with them. He had in mind that “only 7% of all the money that is in circulation in the world is physical, and that’s why money, as we know it, will disappear”, and at the same time he believed on the possibility of creating a stable and trusted crytocurrency, highly usable as a means of payment, which could be within the elite of the cryptomarket.

And so, in 2017, with Francisco Montero (CSO of InnovaMinex), he founded CriptoCapital, acting as market advisor and development of brokerage in cryptocurrencies, and it is at that moment when “I realize that we began to conceive something really great. We started to design a cryptocurrency analyzing the sector of the economy that could give it greater stability and attractiveness, and when we met the MinexCorp project we realized that we could create a concept that has not yet been seen in cryptoeconomics, another way to understand mining, another way of using cryptocurrencies… the best way to turn the user into the true protagonist of the project and of the business”.

Share the news!
Only through an exclusive and careful image we are able to transmit the authentic values of InnovaMinex
In Russia, St. Petersburg, the most important event for the cryptoindustry of Eastern Europe — Blockchain Life 2018 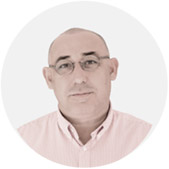 “We are working on a project that is real, viable, lucrative and necessary. Never before has this been done” 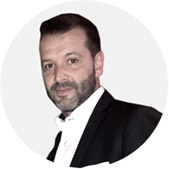 “With the decentralization of our technology, we will be able to put human relations at the center” 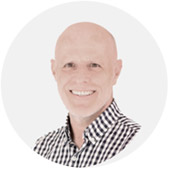 “I firmly believe in this project because, among other things, it will bring great value not only to people, but also to the companies and institutions involved” 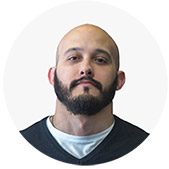 “A project of this scope deserves an exclusive, strong and solid brand that reflects the company’s tremendous capacity for expansion and development”