So far we have several mining projects that are internally called GUAYAQUIL, VIZCAYA, BOLIVAR 2, ANTIOQUIA 3, MINEX 7, MINEX 12 and TOLIMA, which will begin to operate gradually.

The GUAYAQUIL project is already very advanced, you can visit the latest news in this article. There is also a collection of ore for later washing and processing.

These projects are underground vein mining, consisting of extracting minerals deposited in fissures, cracks or crevices of a rock body and of different composition than the substance in which it is embedded. This allows for the direct extraction of the mineral of economic interest with minimal impact on the surface of the project site.

The mining titles are under the modality of concession contracts. Their initial duration is 30 years, which can be extended for an additional 30 years. The starting period for the oldest title begins in 2008, that is, it can be extended until 2068. The individual areas of the titles range from 100 hectares to 600 hectares, which are only exploited underground, with minimum surface occupations of approximately 2 hectares.

The first stage of the project, which consists of the exploitation of mineral resources, is the beginning of a productive process of generation of real wealth. Gold, silver and, in some cases, zinc, are extracted from the ground together with other minerals that are not of interest, are processed in a processing plant and are taken to refining, where they acquire their greatest purity. They are then converted into coins and ingots, which is when they acquire their greatest value.

The gold deposit of Vereda Guayaquil

MinexCorp currently works in the Vereda Guayaquil, in the municipality of Pennsylvania, department of Caldas (Colombia). This is an area where, due to the importance of this region in mining issues, leading companies of this sector at international level are settled.

Therefore, with this project on the table, the corporation is called to be a source of wealth generation based on responsible mining (with citizens, the environment and all the parties involved in the project). In this way, MinexCorp, with the support of InnovaMinex, expects to create more than 3,500 jobs – direct and indirect – throughout the area of this project, with a very positive impact, not only on the economy and work of the rural population of the area, but on the overall economy of the country.

Furthermore, this mining company, aware of the need to protect the environment, defends green mining, and therefore develops its activity with techniques used in the extraction of minerals that produce a minimum impact on the environment.

The Vereda Guayaquil mining project (Colombia) is centered on a polymetallic mine, that is, a deposit where, in addition to gold, other highly valuable materials such as silver or zinc are found.

The importance of practicing sustainable mining

Gold as a refuge from a financial crisis 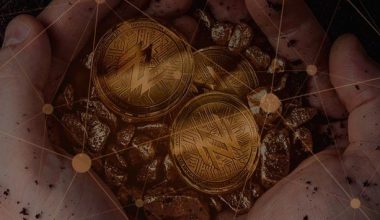 Read More
This post is also available in: The purpose of traceability with Blockchain is that consumers have access to…
OOur Mines 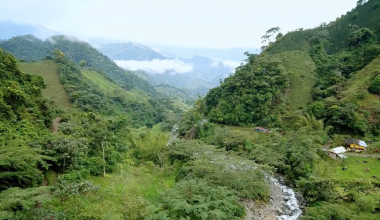 Read More
This post is also available in: La María mining project is located between the municipalities of Vegachí and…
OOur Mines 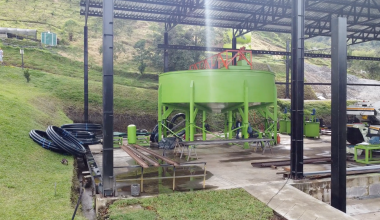 Read More
This post is also available in: Vereda Guayaquil In Guayaquil, we have already been able to complete the…