Iván García is a self-made man and an enthusiast of cryptocurrencies. He comes from a humble family and this pushed him to carve out his own destiny. Before finishing high school he started working at Porcelanosa, the Spanish multinational of ceramic floors. His desire to thrive led him to work at Marina D’Or, the great holiday real estate project in Castellón (Spain), during the Spanish urban boom. From there, the ascent was meteoric. In 2005 he was hired in a real estate investment management company, in Marbella, where he became Commercial Director. In 2010, he made the leap to a real estate agency in the Dominican Republic, where he led the promotion and management of a tourist complex in Punta Cana. That same year he met a renowned gemologist who introduced him to the world of diamonds and cryptocurrencies, and since then he runs a precious metals investment company at an international level.

There are few people who know cryptocurrencies since its inception. He has been interested from the beginning. “I’m an enthusiast of blockchain technology and the disruptive value of decentralized applications”, he says. Iván, a scholar of the subject, has become an expert in a short time. “Since 2010 I am a total fan of cryptocurrencies and technology”. In fact, after a talk he offered about cryptocurrencies and about the changes that will boost society, some partners of InnovaMinex approached him and presented the project. “I liked it a lot because they are very professional and because it is a fusion between two very interesting worlds: cryptocurrency (which is more exclusive) and gold (as a refuge value), without having to give up either of them”.

At InnovaMinex Iván is the person in charge of contacting the Exchange platforms to inform them about INX and to start negotiations with them. Everyone wants to know how pre-sale and sale of tokens are going forward, how many people are interested in our cryptocurrency, etc. In the United Arabic Emirates, Europe, and some other areas in the world, 99% of exchanges list currencies and study the possibility of trade. If they like the project they impose a price and they match cryptocurrencies against each other, against the dollar, euro, etc. Currently, the main objective is that INX is paired against Bitcoin and Ethereum, the two main global cryptocurrencies.
Another of his functions is to make the project known to the world by providing technical information. “Everyone should start to learn more about the blockchain issue because it will revolutionize the world, just as the Internet and email did in the past. Blockchain and cryptocurrencies are going to bring everything to another level, it’s like Internet 3.0: greater security, decentralization, speed of transactions, etc. The blockchain, technologically speaking, is a decentralized data book. In the blockchain no one in particular has the power (as a government, for example), but all the people have it, the community has it, that’s why it’s impossible to hack it”.

“Only 0.2% of the world population knows what cryptocurrencies are and there is still a lot of mistrust about them due to this ignorance. Actually, cash money practically does not exist. Only 7% of all the money that is in movement in the world is physical. That’s why money, as we know it, will disappear: there is less and less and the technologies evolve very quickly. Few know that the vast majority of fiat money are accounting notes, just like cryptocurrencies. Curiously, the same governments want the physical money to disappear, as it would prevent money laundering. Therefore, the next adaptation will be technological money”, Iván explains.

Only 300 million INX will circulate, an amount that will remain unchanged given that the code stipulates it so. Ivan clarifies why more coins will not be offered to the general public: “There are codes that establish that from time to time new coins are produced, and these are born as they are solving mathematical a lgorithms. In the case of INX, all the coins that exist and will exist have been stipulated from the beginning. On the other hand, we are still in a very early phase of cryptocurrencies since institutional investors have not made their move yet, since they are in the regulatory phase (ECB, Federal Reserve, etc.). This means that the true potential of cryptocurrencies has not been yet fully developed. That will happen when they become globaly accepted by the institutions. Then we will billions getting involved”.

InnovaMinex is the most promising ICO of 2018!

I want to contribute something to society. And this is an alternative model that can change and improve many people’s lives 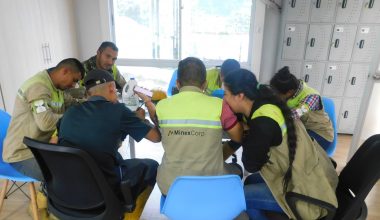 Read More
With the aim of having not only bosses but also leaders within the project, understanding the importance of…
TTeam