2022 had started with hopes of recovery. The easing of pandemic restrictions around the world promised a recovery, with consumers able to go out and spend much more for all the restraint there was in 2020 and 2021. However, as warned, the cost of keeping the global economy afloat during the pandemic rose. Skyrocketing inflation pushed prices ever higher, reducing the incomes of many.

Russia’s invasion of Ukraine seemed unthinkable only a few years ago, but it added an energy crisis to the mix. Interest rates have been raised aggressively to try to reduce inflation, but for many the action is too little too late.

The 2023 gold price forecast has multiple drivers to consider, and we will discuss them in more detail below.

As always, we must emphasise that a forecast is just that, and no one knows what will happen to the gold price in the future, as the last few years have shown. Of course, we will update this forecast should any significant events result in major revisions to the 2023 forecast.

The dollar has increasingly strengthened in 2022, with a significant impact on the price of gold and other currencies around the world. The dollar index, measured against a basket of major global currencies, is currently at a 20-year high, as investors turn (perhaps unwisely) to the dollar as a safe place to park their money.

The US economy has held up well this year, despite high inflation, supporting low unemployment. This has given the Federal Reserve room to aggressively raise the country’s interest rates, which currently stand at between 3 and 3.25 %. This is ahead of the Bank of England at 2.25 %, and well ahead of the European Central Bank at only 0.75 %.

As the gold price is priced in dollars, the stronger dollar has translated into a lower price, with gold falling 14% in USD over the last six months. If the Fed continues to raise rates aggressively and the US economy can avoid a recession, the dollar would be expected to remain high, keeping the gold price subdued in 2023. Ultimately, however, higher interest rates would be expected to slow growth and could cause a recession even in a strong economy such as the US.

Linked to the strength of the dollar is, of course, inflation and interest rates. Inflation has remained high during 2022 in many countries. The UK is forecast to reach 11% by the end of the year, while the latest US figure puts CPI at 8.3% year-on-year.

These two forces are currently working against gold; inflation keeps prices high, while interest rates push them down. The price of gold in 2023 will be affected depending on the direction central banks take. If rates continue to rise and inflation falls, the price of gold could fall further. However, if inflation remains entrenched, this should still offset the impact of higher interest rates.

2022 saw one of the biggest geopolitical shocks of modern times following Russia’s invasion of Ukraine. Sanctions imposed on Russia have put further pressure on the global economy and, in particular, have led to soaring gasoline prices. Europe is expected to face a difficult winter or energy rationing, which will further damage industrial production in key countries such as Germany.

After dragging on for seven months, there seems to be no end in sight to the conflict. Concerns have also been expressed about any further escalation, which could extend beyond economic sanctions to a more serious war. The invasion was a major driver of the gold price in early 2022 and will undoubtedly have a key impact on the gold price in 2023.

Beyond Russia, China remains a key geopolitical issue that the world is watching. The invasion of Ukraine has prompted comparisons with Taiwan. With the escalation of rhetoric about the country over the last year, there is concern that China will take some military action in Taiwan and the response of countries such as the US to this. Therefore, investors will surely be watching for any potential conflict in both Ukraine and Taiwan, and the impact this would have on the gold price in 2023. Read More
This post is also available in: The devastating events the world has been witnessing and continues to witness…
MMining sector: gold and silver 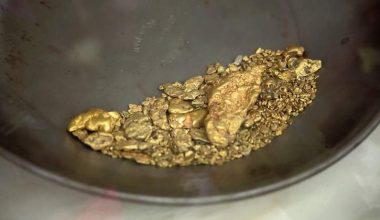 Read More
This post is also available in: Currently, one of the major environmental problems facing humanity is the existence…